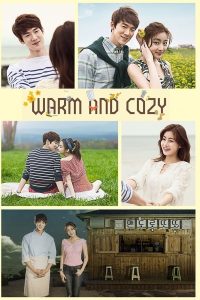 In 2005, Jung-Joo (Kang So-Ra) flies to Jeju Island while holding a picture of her father and a woman. Jung-Joo did research on the woman in the picture and became convinced the woman is her mother and her son Gun-Woo (Yoo Yeon-Seok) is her twin brother (as they have the same birthday). Gun-Woo also has an older brother Jung-Geun (Lee Sung-Jae) and older sister Hee-Ra (Ok Go-Woon), but the siblings have different fathers.

On Jeju Island, a birthday party is held for Gun-Woo. There, Jung-Joo tells Gun-Woo that they are twins, but they later overhear Gun-Woo’s mother telling her daughter that she doesn’t know the man in the picture.

In 2015, Jung-Joo now works for an undergarment company. Her position at the company is on shaky grounds. She is set to buy an apartment when she receives a video message from her younger brother telling her that he is about to buy a house on Jeju Island to turn into a cafe. Jung-Joo freaks out and rushes to the airport. She wants to stop her younger brother. At the airport, Jung-Joo runs across Gun-Woo. He is also going to Jeju Island.

While looking for her younger brother on Jeju Island, she sees her boyfriend on a honeymoon and receives a phone call from her boss informing her that she is fired. Jung-Joo becomes devastated. Gun-Woo then appears and takes her to his restaurant “Maendorong Ttottot.”