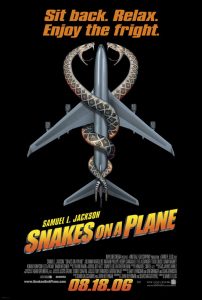 Plot: An FBI agent takes on a plane full of deadly and venomous snakes, deliberately released to kill a witness being flown from Honolulu to Los Angeles to testify against a mob boss.
Runtime: 105 mins
Release Date: 18 Aug 2006