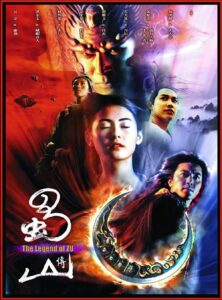 The original Zu Warriors, based on a 64-volume novel, was released in 1983. This remake comes complete with massive amounts of state-of-the-art CGI and kick-ass fight choreography from Yuen Wo Ping, whom most know from his work on The Matrix and Crouching Tiger, Hidden Dragon. The original film’s director, Tsui Hark, is helming this remake, which tells the story of a warrior princess (Crouching Tiger’s Zhang Ziyi) who, along with a band of other soldiers, fights a war against an evil warlord.